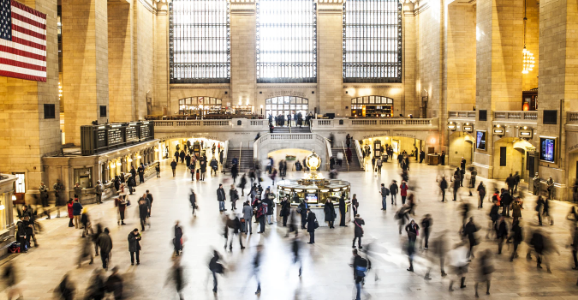 PHILADELPHIA – On Feb. 13, 2018, a federal jury returned a guilty verdict on all counts against a South Jersey man, in connection with his operation of a fraudulent nationwide law practice, following a U.S. Immigration and Customs Enforcement’s (ICE) Homeland Security Investigations (HSI) Philadelphia investigation with assistance provided by U.S. Citizenship and Immigration Services (USCIS).

“Let Mr. Cameron’s conviction serve as an example to those who choose to victimize our community and undermine our nation’s legal system,” said Marlon V. Miller, special agent in charge of HSI Philadelphia. “We will continue to work tirelessly with our law enforcement counterparts to investigate criminals who manipulate and exploit the legal system for their own personal gain and see that they are brought to justice.” The government presented evidence that proved for over a decade, Cameron posed as an attorney in numerous legal cases pending in federal and state courts around the United States, defrauding over 100 victim “clients” who paid Cameron for what they believed were legitimate legal services. Cameron’s victim “clients” resided around the country and world, including in Pennsylvania, New York, New Jersey, Connecticut, Florida, Illinois, Jamaica, and India.

To gain access to the legal system, and to deceive victims, courts, judges, and opposing lawyers, Cameron repeatedly stated in his legal motions, forms, and filings – often under the penalty of perjury – that he was an attorney with a law license issued by the Pennsylvania Supreme Court. Cameron, who is not a lawyer and has never been a lawyer, used multiple stolen Attorney Identification Numbers belonging to real lawyers, including an Administrative Law Judge in Washington, D.C., when filing his legal forms and motions.

To deceive the world into believing that he was a real lawyer, Cameron devised a fake law firm complete with fake lawyers and fake administrative/support staff. Cameron, who called his fraudulent firm “The Law Offices of Cameron, Hamilton and Associates” or “The Law Offices of Bernstein, Cameron, Hamilton and Associates,” invented the identities of fake lawyers with the last names “Hamilton” and “Bernstein,” neither of whom were real lawyers working at the firm. Cameron obtained and used business cards, letters, and envelopes which contained images of the scales of justice, and that listed the name of his fake law firm and the other fake lawyers in the firm. Cameron submitted legal filings to courts in which he forged the name of one of the fake lawyers at his fake firm, and also communicated with victims by writing letters that he signed using different versions of a fake staff worker who Cameron called, at various times, either “Ann Marie Hyde,” “Ann Marie Hall,” or “Ann Marie Hinds.” In one letter Cameron wrote to a victim using the “Ann Marie” identity, Cameron threatened the victim that failing to pay Cameron’s legal bill would cause adverse consequences for the victim’s immigration status in the United States.

Cameron, who ran his fraudulent law practice from his house in Burlington, NJ, created fake identifiers for his home address to deceive his victims and the courts into believing that he had a real commercial office. Specifically, Cameron added the words “Suite B-1,” “Suite B-2,” “PO Box 399,” and/or “PO Box 1399” to his letters and filings to give the impression that his house was a commercial setting. Cameron, however, knew that he could not tell the IRS or the New Jersey government that he was a lawyer in his tax returns, and risk being caught; Cameron thus stated in his tax returns that he either was a “consultant,” “litigation specialist,” or “legal consultant.”

Cameron, who claimed to have earned various degrees including a BSC, MBA, LLB and LLM, had little idea what he was doing in his victims’ legal matters, causing significant harm to his victims and their cases. In one home foreclosure case pending in the Delaware County, Pennsylvania Court of Common Pleas, Cameron’s victim “client” lost her home as a result of the lawsuit; the same victim “client” later hired Cameron for a guardianship matter pending in the Probate Court of Gwinnett County, Georgia, which also resulted in a loss. Cameron also posed as a lawyer in other types of cases, including in an automobile accident case and a divorce case. Cameron also represented dozens of victim “clients” in their immigration matters pending in immigration courts around the country, including in Chicago, IL, New York City, NY, Philadelphia, PA, and Hartford, CT. Cameron’s fraudulent legal work in those cases resulted in his victim “clients” suffering serious adverse consequences, including being ordered removed from the United States.

Cameron’s sentencing was set for Thursday, May 31, 2018. He faces a statutory maximum sentence of 75 years.

USCIS has just announced that they are now extending the suspension of CAP subject H-1B petitions all the way until February 19, 2019.