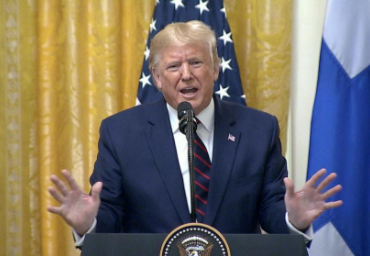 Washington (CNN)The Trump administration doesn't need Congress to pass a law or make a sweeping regulation to overhaul the US immigration system -- it's already doing it through a series of small moves that add up to dramatic change.

While the administration continues to pressure Congress to grant it broad new authorities, just the past week illustrates how substantial a change is already underway, with each individual move adding up to an effort that could have lasting effects on how the US welcomes and evaluates immigrants.

Since last Thursday, here are some of the moves the administration has made:

Attorney General Jeff Sessions quietly reopened an immigration court precedent that he could single-handedly overrule, looking at whether the government needs to pause deportation proceedings until an immigrant is done pursuing legitimate claims to stay in the US.

President Donald Trump opted to not extend work permits and protections for approximately 840 Liberians who have been living and working in the US for at least 16 years and in some cases decades. Previous presidents had extended the permits on humanitarian grounds.

The Commerce Department will add a question inquiring about citizenship to the 2020 Census, a move critics fear could undercount immigrant communities and thus cost diverse states and localities congressional representation and federal resources.

Immigrations and Customs Enforcement announced it would no longer default to releasing pregnant immigrants from detention, paving the way for more pregnant women to be held in lengthy custody awaiting immigration proceedings.

The State Department moved to formally require all applicants for visas and legal residency in the US to submit five years of social media, email and telephone history with their applications.

The Department of Homeland Security advanced a policy that would substantially expand the types of government programs that could count against an immigrants' application to stay in the US -- potentially skewing the immigration system in favor of high-income immigrants.

The Justice Department settled a lawsuit with West Palm Beach over sanctuary city policies that clarified how much local officials can cooperate with federal immigration authorities.

Trump is exploring whether he could build his long-promised border wall -- even though Congress has rejected his request for funds and authority to do so -- by using military resources to do it.

US Citizenship and Immigration Services issued a memo that could tighten employers' abilities to secure high-skilled visas for foreign workers.

And that was all just one week.
https://www.cnn.com/2018/03/30/politics/immigration-reform-trump-administration-overhaul/index.html

Over 200,000 H-1B visa workers could lose legal status by June Concerns arise about “a catastrophe at a human level and an economic level” if visa issues aren’t addressed.

Manasi Vasavada has less than three weeks left before she loses her legal right to be in the country. The dental practice in Passaic County, New Jersey, where Vasavada, 31, has worked for almost two years closed its doors in mid-March due to Covid-19. She has been on an unpaid leave of absence ever since. […]

USCIS Will Email Notifications to H-2A Petitioners, Use Pre-Paid Mailers to Send Requests for Evidence

Beginning today, Jan. 22, 2018, USCIS will email notifications of receipt and approval to H-2A (temporary agricultural worker) petitioners who fileForm I-129, Petition for a Nonimmigrant Worker. Also starting today, USCIS will use pre-paid mailers provided by H-2A petitioners to send requests for evidence (RFE) if issued in a case. These process changes apply only […]